Cindy was a teaching artist at Free Street from 1999-2001 teaching in the Parenteen Program for pregnant and parenting teens.  Her young daughter Abby accompanied her to classes.  When Abby was in high school, she was in the NeuroKitchen ensemble.  Now Abby is a filmmaker attending the University of Chicago. Cindy is currently an actor, playwright, and solo performing artist. 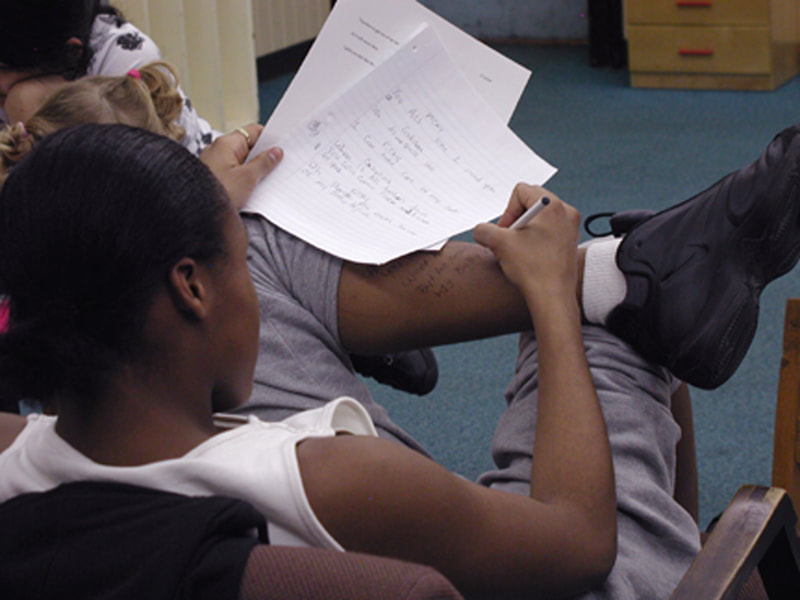 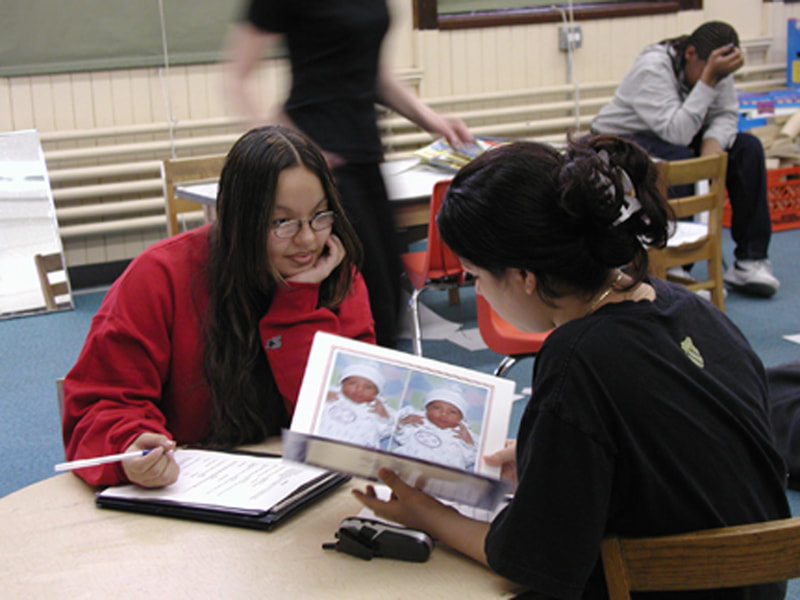 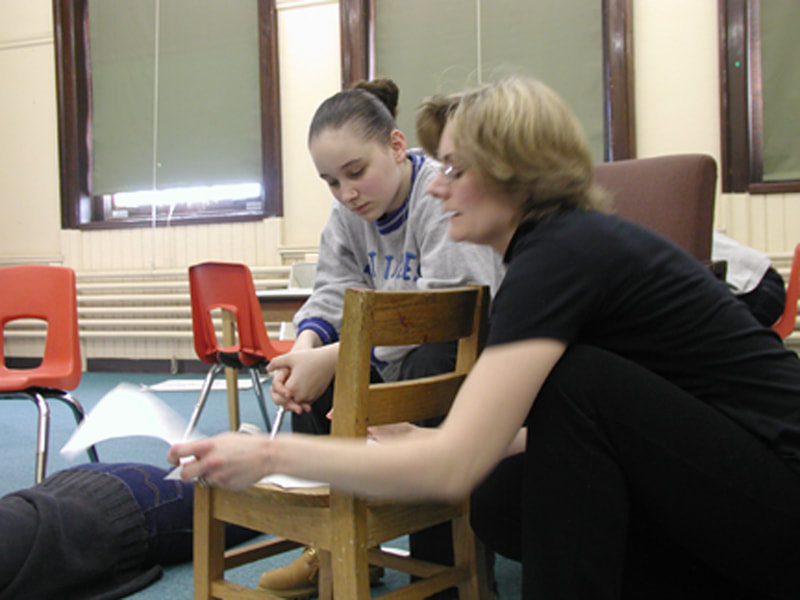 ​PARENTEEN
I was a teaching artist in Free Street’s Parenteen Program from 1999 - 2001. I taught at Arts of Living and at Tesla, which were CPS schools with programs for pregnant or parenting teens. Because of the nature of this program, all my students were girls. They ranged in age between 11 and 18.
​
Parenteen was a mishmash of a program. We did some writing. We did some acting. We did physical exercises to stretch and warm up our bodies. We did vocal exercises to free and connect with our voices. We talked about being pregnant and being parents, about changes in our bodies, feelings, lives, relationships. We talked about boys and we talked about babies. And we tried to take all the things we talked about and do something with them. Turn them into stories and dances and poems--ways of owning, connecting and sharing our experiences with each other. We made it real, played it out and tried out new possibilities.
I taught with my daughter, Abby. When we started she was a nursing baby in a sling. Soon she was a toddling girl, happily demonstrating her growing abilities--everything from crawling to walking to coming to her mom for ‘quick loves’ to potty training. 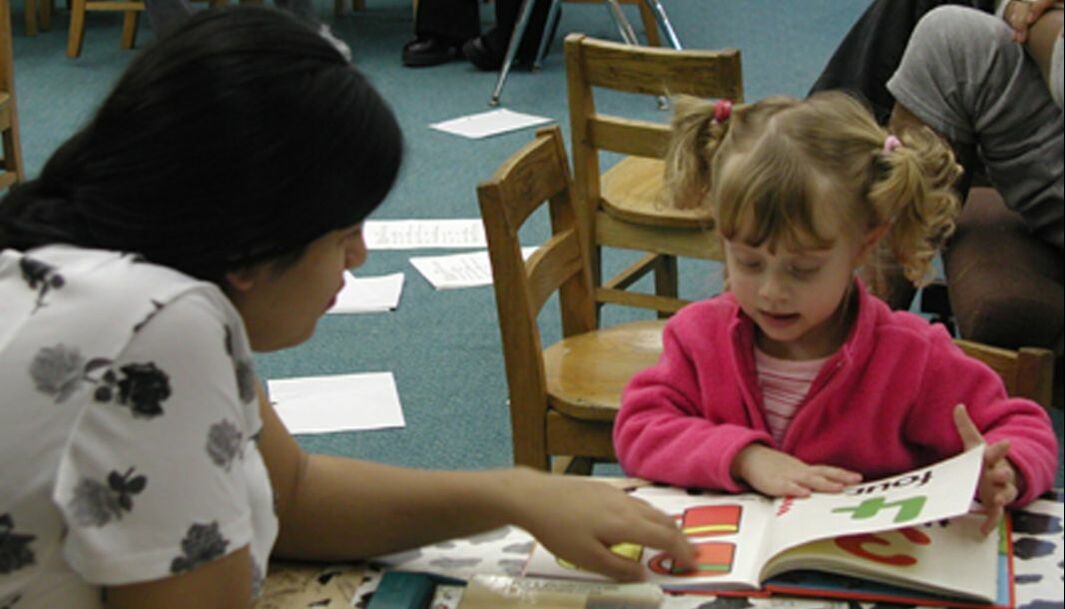 Biggest joy was creating Bump in the Night with the students at Arts of Living and then the TeenStreet Ensemble. Bump began as a writing exercise in which the girls personified a fear. The writing was so alive, we decided to turn it into something bigger. As each girl read her work aloud, we listened for the images, lines, turns of phrases that jumped out at us and wrote each of them down on separate pieces of paper. Then we spread then all out on the floor like a giant jigsaw puzzle and tried to see how they might fit together. We grouped common threads, looking for moments that coalesced, characters that emerged. Soon a story developed. One boy in relationship with three different girls--all of whom were in a very different place in their relationship with him. It turns out their biggest fears were still about boys.

There was an opportunity to perform Bump at YTCC (Youth Theatre Coalition of Chicago). Logistically, it was a nightmare to try to get these young parenting teens to Steppenwolf to perform it. That’s where the TeenStreet Company stepped in. We had a lot of fun rehearsing, the TeenStreet kids diving deeply into the text. I’ll never forget the opening moment we devised. Boy hops out of a garbage can. Drops to the ground. Morphs from rat to ape to man. I knew at that moment this was going to something special--that impulses of the TeenStreet actors and the Parenteen writers coming together in startling ways.

When Bump was performed, you could hear a pin drop. The actors really owned it. And the story burned with an authenticity. It felt true. It may not have been the story anyone was expecting, but it was really theirs. When the TeenStreet actors, took it back to the Parenteen writers, they were amazed. They recognized their characters and what they had written but at the same time it had changed--and been transformed into something else--bigger than what they written.  It was a new idea for most of them, both that something they had ‘given birth to’ could grow and change in surprising ways--and that that something could have a huge impact on someone else.

--------
Failure
One girl told the others not to lift their arms up over their heads--not even to take hold of the rail in a subway car. She said that if they did, the umbilical cord might look around the baby’s neck and strangle them. Many of the girls called her out for being wrong and pushed back on this. This girl doubled down, insisting this was what her grandmother told her. I knew we were in a tricky place. The girls needed factual information. They needed to know how to check out the information they had. And I didn’t want to go up against Grandma.

We talked about information we receive from others. We talked about how people pass on the best information they have. But how sometimes what we know changes over time and we know more now than we did then. We talked about how we can check out the information we receive. We looked up various sources to help us better understand how our bodies work and what was happening in our bodies. Most of the girls were reassured. The student who had brought it up, however, remained unconvinced. She refused to believe any external source. The only one she would trust was her Grandmother. There was no reason for me to push it. I had some idea why that might be so important to her. But at least a seed had been planted, so that if she ever did want or need to assess information, she had a way how.